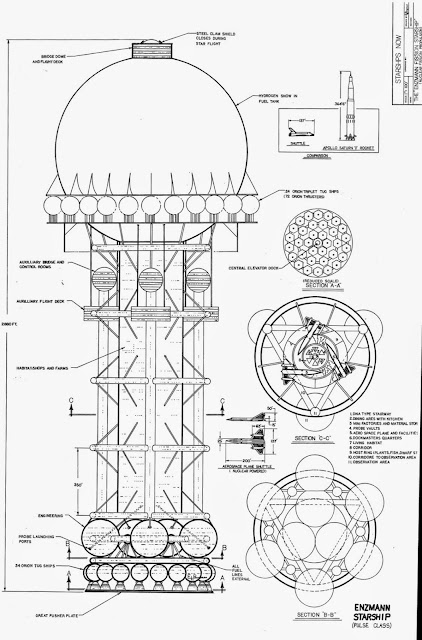 
12 super-cargo rockets delivered over 8000 tons to Earth orbit. Then with a slow very efficient transfer orbit, (FLOX-H) swung out past Jupiter, Saturn, in past Jupiter for a solar gradient plunge, then out again past 1 or 2 of the gas giants. FLOX-H could hove out toward the stars at better than 1000 miles per second.


Orion-B was to fly in the early 1980's as mankind's first nuclear interstellar probes. I would have like to have volunteered for a one-way trip, Orion-B could not decelerate.


Æsir was the first manned star-ship I designed. It carried 18 people (suggested five men, eight women, five children, it could carry up to 80 people) It decelerated with a primitive lance, aided by magnetic and electrostatic drogue against the galactic field. It could recycle air,water, and food. It carried two vacuum landers and a small ANP vehicle. People would parachute from the ANP to spare it landing hazards.


New York Academy of Sciences basketball on Ashcan. This ship carries a crew minimum of 500 (men women and children). It can carry perhaps 10,000 passengers. It can refuel itself. It carries ANP planetary landers, it carries vacuum landers, is equipped with mini-factories. Each ship is quadruply redundant. Ships move in fleets of 3 to 12, or more.


Published widely about the time of Daedalus studies, powered and propelled by totamak/magnetic bottle (after burns, dumps spent fuel into exhaust).

Posted by The Symbologist at Saturday, December 22, 2012 2 comments: 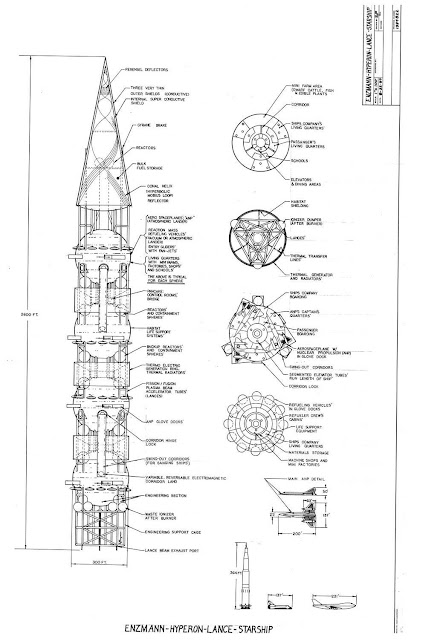 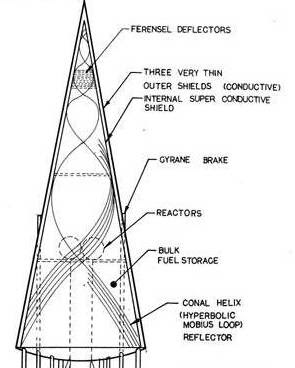 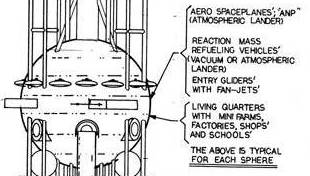 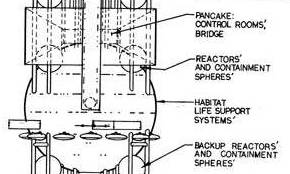 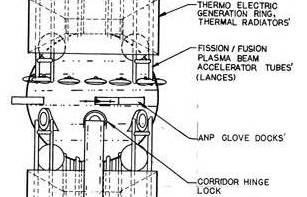 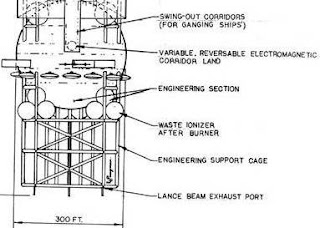 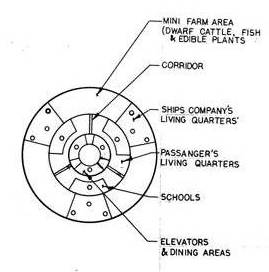 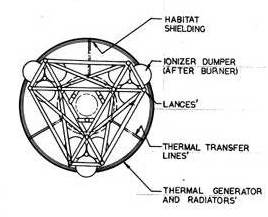 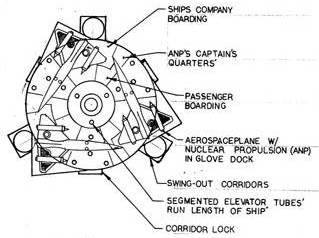 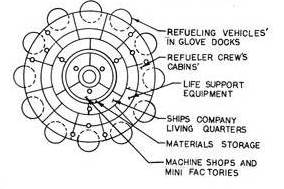 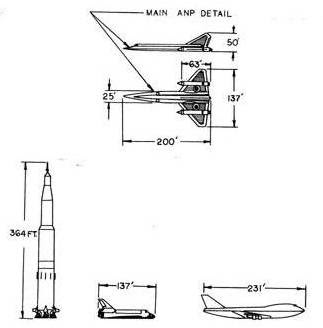 Posted by The Symbologist at Sunday, December 09, 2012 No comments: