From the notes of Duncan-Enzmann:


As soon as ships are built that can traverse interstellar distances above 959c colonization will explode. Robotics computers, resource glut, will mean at least 10,000 star ships moving out per year. Fascinating destinations to the edge of the galactic disc.

A large passenger carrying echo-Lance would cost in the vicinity of 5 billion dollars per ship. Even at 50 billion per ship the off-earth ship yards would work 24 hours a day year-in year-out producing ships.

Such a ship could carry a minimum of 5,000 and maximum of 22,000 persons; this would average 150,000,000 outward bound persons per year. This would in no way "solve" (if a solution is needed) the alleged "population problem" (if there was is or ever will be such a problem.) Such a migration would, however, open the escape gates wide for just about all restless souls.

For some people the most fascinating discovery could be an uninhabited planet, perhaps with unintelligent plants and animals that are not overly hostile. For other people and groups, such a land fall is not by any means the most fascinating, or desirable. But first let us consider Earth-like planets:

Probability of Earth-like planets, or at least planets with breathable atmospheres:

unlikely; about (around) type 1 stars - too hot, too short lived

K and M stars are more abundant so most planets will be cold, but nevertheless livable.

Without a moon (doublet like Earth-moon) oceans could dominate over continents, in fact planets could be quite Earth-like but with a few island-like land areas in universal oceans

Life on an island world could be enchanting, timelessly beautiful, eternal lotus lands

Cold dusty planets with rare salty ponds and springs gushing or trickling hot, warm and freezing brine would be common, the air would be breathable, water would be precious

life could be dreamlike on a vast windy planet wide desert with occasional snug oases. People on such a planet might well be semi-nomadic and compelled to travel yet again to yet other stars.

A passenger service might be comprised of 3 to 10 starships
the fleet depicted (illustration not found) is comprise of 6 starships each ship has a company of men, women, children who live aboard. The ships companies own the ships. the fleet is an independent city state that gains wealth, often as new ships, by carrying passengers to interstellar destinations. The fleet also establishes the passengers. Each chip carries 200 to 500 persons in its company. A ship in deep space can be operated by 3 persons. 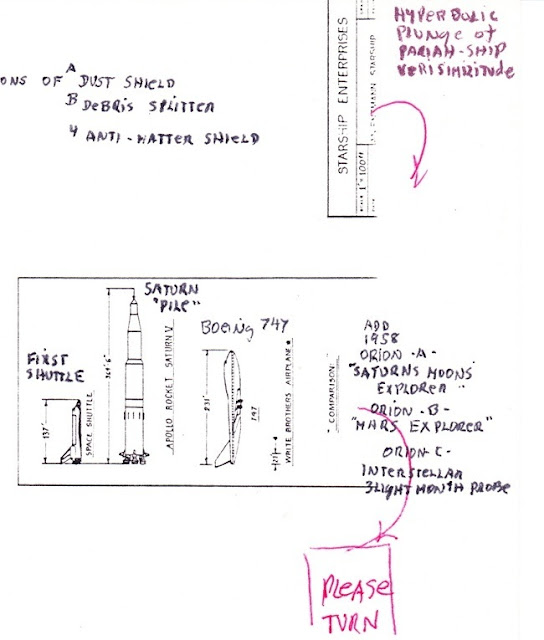 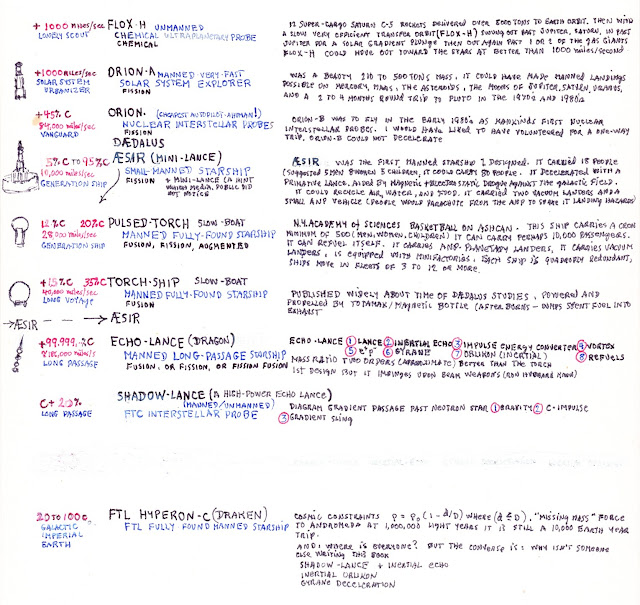 Posted by The Symbologist at Wednesday, December 05, 2012