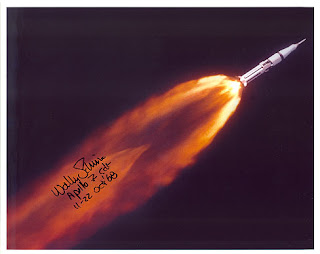 The overwhelming presence in the night – the stars. They fill the sky, those icy glints of silver, the burnished gleams of gold, the ghostly specter of the Milky Way. These timeless constants across a million revolutions of the Earth around his sun have left their mark and shaped the soul of Man.
What universal symbol adorns the artifacts of cultures spread around the Earth, on art which seeks to draw all men together, and on banners of nations keeping them apart? And where have most men placed their gods if not amid that star-flecked awesome majesty which has come to symbolize the highest aspirations of the human race, the quest for truth and justice, sometimes as out of reach as are the stars themselves?

But pause…..For men are on the threshold of a Dream, the culmination of an odyssey that stretches from the cave. Within this generation they will leave the nursery of the Earth and make that long dark crossing to the stars.

That act, fulfilling, as it will, Neil Armstrong’s prophecy, will be only the beginning. Energies that have been harnessed, from the sun, to launch a starship can also solve on overwhelming crisis for the world – availability , for all, of pollution-less cheap power from the stars. Of lesser things are revolutions made..And what of those who sail from star to star? What will they find? Is life as common in the Universe as stars themselves, or is it rare, more priceless because the distance separating cultures ifs so vast? We do not know.

Perhaps the star lights in the night are beacons marking civilizations resplendent with a thousand Michelangelos, Shakespeares, and da Vincis. A flowering of art to dwarf the best of Earth amid the interstellar suns. OR, again, the lights that light up heaven in that vast celestial city we call the Milky Way may be, without the spark of Mind that seeks to know its origins and communicate with kind across the dark light-years.

Only one thing is certain: if, out of indolence of fear, we do not seek the answer, then our heritage was faulty and the Earth, in no small way, has sapped our essence of humanity which is the Grand Design! 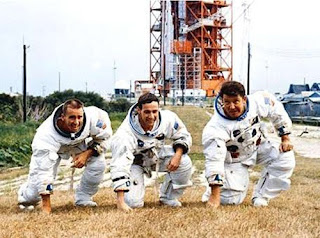 Participants in discussions for the Fifth Seminar include: 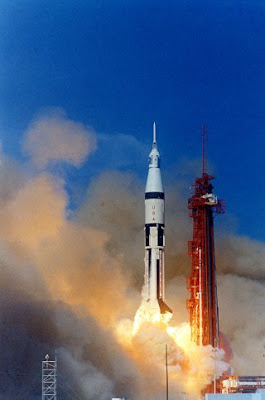 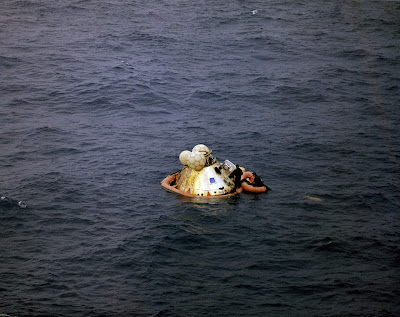