This paper was presented at the British Interplanetary Society
symposium “World Ships - The Long Journey to the Stars”, 17
August 2011.

During his student days Robert Duncan-Enzmann imagined a space vehicle design which he depicted in a watercolour painting and apparently dated 1949. In the 1960s he was heavily involved in space-mission design and introduced the concept of a fusion powered interstellar spacecraft design which utilised a 305 m diameter sphere of frozen Deuterium and a long cylindrical habitat/propulsion section joined onto it by a connecting structural column. The spacecraft was to be manned by a small community of people setting out to colonise nearby stars and the entire vessel would have a launch mass of between 3-12 million tons, most of which would be the propellant. Long time space advocate G. Harry Stine, presented the concept to
a wider audience via “Analog Science Fact & Science Fiction” magazine in 1973. Stine envisioned the Starship to be part of a wider programme of interstellar exploration, beginning in the 1990s. Although the Enzmann Starship is relatively well known in science fiction circles, it is not well known within the interstellar research community and indeed just as little is known about its creator, Robert Enzmann. Very little has been written about the concept in the academic literature and no modern assessment of its engineering credibility exists. This paper sets out to reliably describe what is known about the Enzmann Starship design and also how the idea originated, based upon what is known to date. In this paper the engineering configuration is described, and a performance assessment is given in the context of modern scientific knowledge. Further information on the history and design of the Enzmann Starship is invited so that this concept can take its rightful place in the history of interstellar spacecraft design proposals.

1. INTRODUCTION
A review of modern textbooks on interstellar travel will find little mention of the Enzmann Starship design, a surprise to the authors of this paper given its ingenuity. However, a review of
science fiction internet sources will reveal more about this wonderful concept, which was first proposed by the American Dr Robert Duncan-Enzmann. Little is known about Enzmann except that he was an MIT Professor and an employee of Raytheon Corporation. He is the fourth pioneering Robert in the field of interstellar research, the other three being Robert Bussard, Robert Forward and Robert Frisbee and he deserves as much credit for his idea. In realising the dearth of information on this concept it was decided to perform a literature research and to then write up a summary of the results, describing the engineering design and the history behind its development. This paper is the result of this effort which took over a year. It is the intention of this paper to provide greater awareness of the idea, within the technical science community, and if other authors have information of relevance this is invited.

If the 1960s were the golden age of human space exploration, then the 1970s and 1980s was the golden age of interstellar Starship design. During this period many colourful and original concepts were generated including a number of fusion based propulsion designs such as Project Daedalus [1] and the Bussard interstellar ramjet [2]. It is in this context that the Enzmann Starship was also turned into a credible engineering concept, a period in history where scientists began to apply rigorous engineering methods to speculative proposals as a way of answering fundamental questions about our universe and the possibility of intelligent life.

In writing this paper the authors have attempted to assemble data on the Enzmann Starship wherever possible, including contacting individuals (Robert Enzmann, Don Davis, Rick Sternbach) involved with its early development. We first discuss what is known about the history of the idea. We then give an overview of the concept, its configuration layout and claimed
performance. We then discuss some follow up proposals to use the Enzmann Starship for a wide scale program of interstellar colonisation. Finally, we provide an engineering assessment of the proposal in the context of four decades of subsequent research. It is the hope that this paper will reveal more about this unique idea and perhaps advance it to a more credible level.

2. HISTORY & ORIGIN OF THE ENZMANN STARSHIP
In personal communications [3] to the authors of this paper Robert Enzmann says that he developed an interest in space flight during his very early school days, and he imagined the distinctive configuration for the space vehicle on the 6th August 1945 during the WW2 bombing of Japan. He constructed paintings of the idea back then and one of which is shown in Fig. 1 dated 1949. These authors are unsure if this is meant to be “1969”.

It is claimed by several sources, in particular internet based, that a report was submitted to the New York Academy of Sciences as early as 1964 detailing the idea although an extensive literature research by these authors has revealed no such reports in existence. Subsequent authors have claimed that the Enzmann Starship was referenced in the book ‘Journey to Alpha Centauri’ by John McVey [4], however, searching this book and the later 1969 republished version has found no specific reference to Enzmann, although the book does discuss century long missions to Alpha Centauri. Enzmann also submitted several papers relating to ‘Mission Planning’ to the New York Academy of sciences in 1966 although these were not pertaining to Starships [5]. Although the article contains little technical information on the proposal, it is worth noting that in the 1960s America was in the full swing of Project Apollo and
indeed landed on the Moon in 1969. Enzmann says that he took inspiration from these events and was committed to humanity making its first steps towards the stars. It is the view of these
authors that it was during the mid-1960s that the idea for the Enzmann Starship probably began to crystallise in the mind of Robert Enzmann, although he had the idea much earlier.

During 1972 the original concept for the Starship was modified in collaboration with the space artists Don Davis and Rick Sternbach [6, 7]. In particular the original eight engine design was changed to a 24 engine design and the modular sections were made such that they could be split off from the main vehicle. The new design also depicted smaller spheres and the nested toroids at intervals along the hull, was to allow the ship to split up into as many as three separate ships once a primary destination had been reached. The torus became something of an all-around connecting shape, able to latch onto most any other module, along with the engines. This would require significant undocking and redockings of the component parts. The ability to rearrange modules would also afford the expedition an added degree of safety in the event of a problem that prevented a complete ship from completing the journey. Sternbach, Dixon and Enzmann initiated, in those 1972 discussions, the idea that parts from a disabled vehicle could be added
to a healthy one, and the trip could continue, albeit at some cost in time and velocity. These creators also discussed the possibility of a dedicated tanker ship, but it never went anywhere; due to the issue of having to push not only the fuel for itself, but for the other ships. At the same time Sternbach, Dixon and Enzmann worked to further develop the design and produce illustrations of the concept, which included spraying metallic plasma onto a balloon which mimicked the appearance of the Deuterium sphere. Sternbach experimented with a number of different shapes, volumes and masses to finally evolve the 24 engine configuration. Sternbach reports in personal correspondence [7] that the idea for the metal plasma fuel sphere fabrication
may have come from Richard Hoagland, who had been discussing the technique not only for big metal spheres, but also for enormous telescope mirrors. 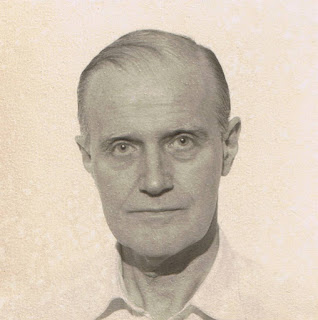