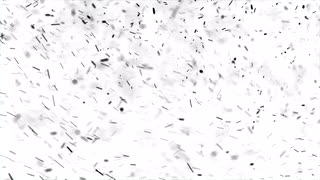 by Dr. Robert Duncan-Enzmann
reproduced from the Enzmann Archives by WKS

* Visibility at ultra-violet, optical, and infra-red frequencies as functions of attenuation, scattering, albedo.
* Communications at radio and radar frequencies as functions of attenuation, refraction, and static noises due to the exchange of energy between particles and antenna.
* Physical effects of particles on equipment including erosion, probability of burial by dunes, bearing strength of terrain recently formed by Aeolian-forces.

The behavior of particles in the atmosphere of a planet may be considered first of all from the point of view of forces tending to introduce them to the atmosphere and forces tending to remove them from the atmosphere. Solid particles will most strongly and most immediately effect objects close to, or on the surface of a planet. Forces working to remove particles from an atmosphere are particle-particle collisions or other interactions, which can only be of significance when particles are of sub-micron size or electrically active, particle-particle interactions in media like nuée-ardent where particles are very dense and may average millimeters in extent, and finally, the more important settling in a gravitational field through a viscos atmosphere. The rate of settling is approximated by Stokes law as given below. If the Kaplan atmosphere for Mars is used, settling rates are slightly slower than those for the Earth. If an 80mb atmosphere is used, settling rates through the atmosphere of Mars through the lower troposphere are about 2 ½ to 3 ½ times as long as those for earth.

(Stokes’ Law: The force of viscosity on a small sphere moving through a viscous fluid is given by:Fd = 6 π η Rv {\displaystyle F_{d}=6\pi \,\eta \,R\,v\,}where:
Fd is the frictional force – known as Stokes' drag – acting on the interface between the fluid and the particle
η is the dynamic viscosity (Some authors use the symbol μ)
R is the radius of the spherical object
v is the flow velocity relative to the object.
In SI units, Fd is given in Newtons, η in Pa·s, R in meters, and v in m/s.)

If wind forces are to be considered in the landing, there are periods during which winds will be at a maximum. These are found when a possible landing site is also the site of the sub-Solar spot or within a few degrees of it. Extreme wind-shear may be expected in the troposphere with movements toward the spot at the surface, and away from the spot toward the tropopause. The least windy times in the path or vicinity of the sub-Solar spot will be in the early morning hours.

If wind forces anticipated are sufficient to force selection of locations where these are to be minimized below a particular value, the following zones should be avoided in the selection of landing sites:

In addition to these zonal winds, some effort should be devoted to avoiding a landing in major atmospheric channels, such as that of the Mars Dry Hemisphere, where winds would tend to be stronger than those over the hemisphere from longitude 2700 to longitude 900. Still further precautions may be taken to minimize tropospheric turbulence and buffeting by avoiding regions of severe thermal updraft.

Avoidance of thermal updraft may be somewhat difficult as the areas of maximum biological, geological, topographic, atmospheric, geochemical, etc. interest are the very areas in which updraft would be at a maximum. However, the severity might be reduced by choosing landing sites somewhat in the lee of such prominences.

In general, optimum landing sites, from the point of view of minimum tropospheric turbulence and wind force per unit area subsequent to landing, may be chosen in the Doldrum zones. Within this belt, the lee side of probable topographic anomalies could be further defined.

As detailed in a previous paragraph, only a fraction of the atmosphere of Mars is being considered. This extends from the Stratospheric-zone through the troposphere to the immediate surface. Within this limited vertical section through the atmosphere of Mars, only features which would affect the descent, landing, deployment, and subsequent stability of the unmanned vehicle will be considered. The first of the features considered are those which are not strongly affected by relatively minor surface features. 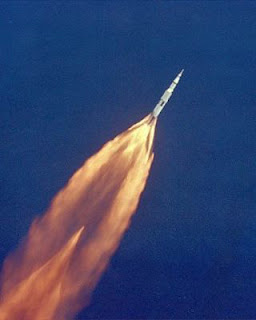 Dr. Robert Duncan-Enzmann's Conference on Planetology and Space Mission Planning aboard the cruise ship Stattendam in 1972. 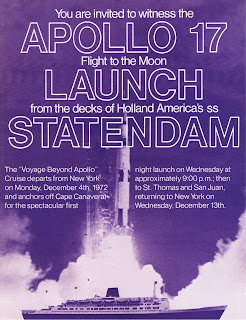